Last weekend, I experienced my first Sweet Adelines regional competition. I’ve never been accused of being able to walk and chew gum, so imagine my entry into the world of singing four-part harmony while dancing…on risers…

While signing in, I was given a pink First-Timer ribbon. That must have been a big deal because people in the elevators and throughout the hotel applauded each time my ribbon was noticed.

One of the best things about singing with Sweet Adelines is the makeup, sparkly outfits, and bling, although it did look like we were attending a hooker convention. Note the mother/daughter T-shirts. They say, “Barbershop is a Team Sport.” 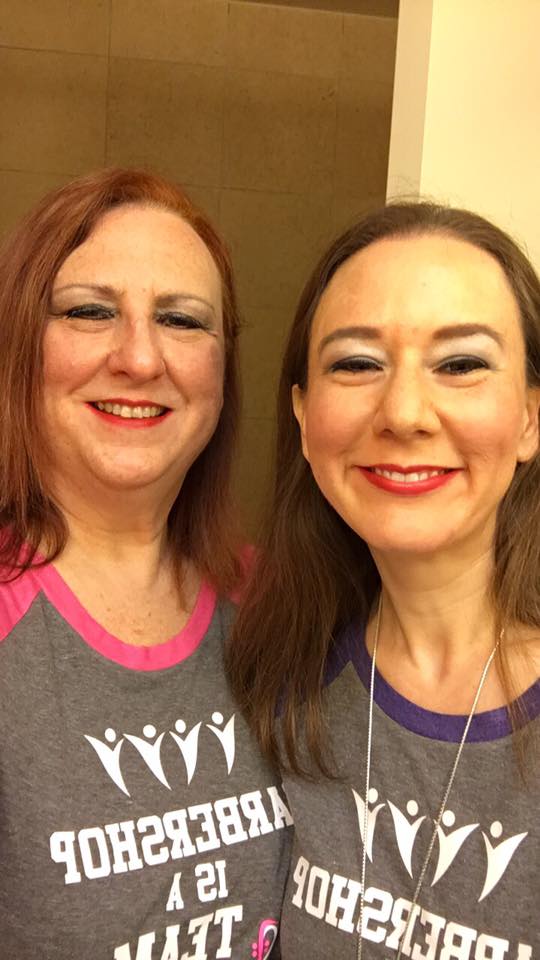 The fun began with a flag parade. Each chorus in the region had a flag. The little white flag on the end is ours.

We also had a craft. Two people from each chorus created a poster and then paraded them around the ballroom. They were later displayed in the hotel atrium for everyone to see. My daughter was one of the two from our chorus who created the poster. 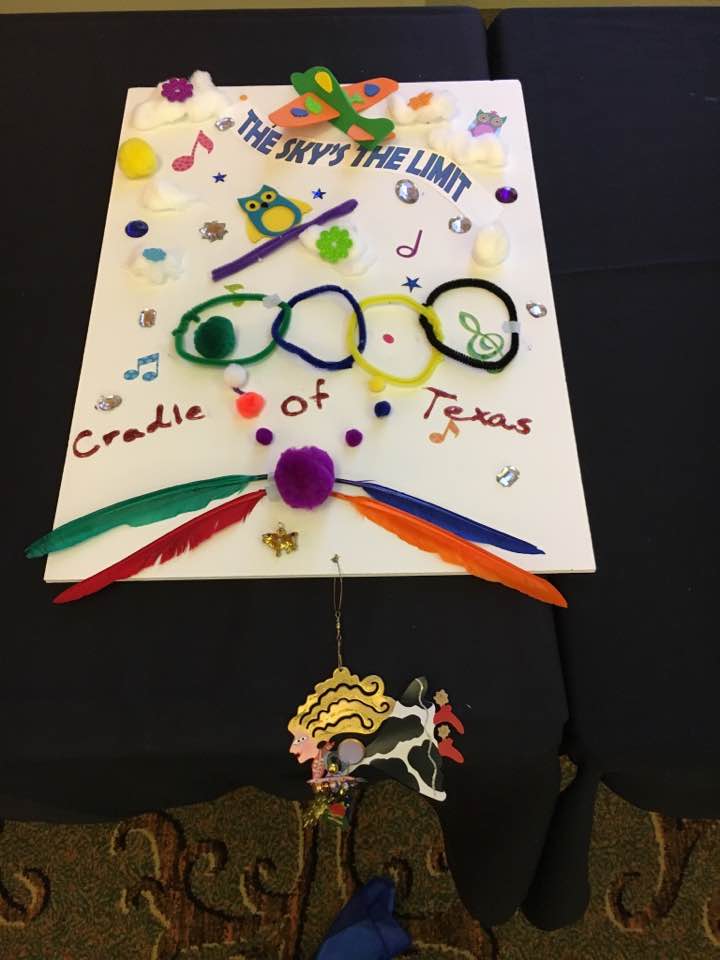 Here she is again entertaining the masses backstage. There is no telling what she was saying, but you can bet it was something funny.

The lady on the far right was celebrating her 83rd birthday that day. Our ladies range from 29 to 83 years old.

These cute young ladies were all 14 and 15 years old, and they sang barbershop like pros. They all had beautiful voices. They’re the Belle Tones from Austin, Texas.

This is actually the Belle Tones performing You Are My Sunshine at our flag ceremony.

The only downer is that our hotel was in Greenspoint (locally known as Gunspoint). I’m told it’s the most unsafe part of Houston. You shouldn’t go outside at night, so we were confined to the hotel. I’m surprised we had all four tires still on our vehicle at the end of the weekend, but all was uneventful in that regard.

We didn’t win anything at competition, but we did score 29 points higher than last year and rose two position in the ranks. I came back much more motivated and am ready to work hard for next year.